I mean, what else was I going to do?

We're living in a crazy time right now –– COVID-19 has brought humanity to its knees. Most of the world's population is in lockdown right now, including myself, and with not being allowed outside into the greater unknown anymore I've found myself with more time on my hands. That's not to say I am any less busy, however.

You see, I am one of the luckier people in that my industry was largely unaffected by the onset of the Coronavirus. The biggest adjustment I had to make to my daily routine was the transition to working from home every day and the addition of a morning group call with my colleagues, but everything else remains mostly unchanged. Many others have not been quite that fortunate.

Another great bit of luck for me was the purchasing of a new desktop computer right before I had to self-isolate. I got it up and running literally the night before. Having made my last computer purchase in 2011, this was a long time coming for me. Back then I was still living at home and my sister would often sit and watch me play some of my favourite games. When the news reached her of my new shiny box she was more than keen to come over and explore some of the latest titles with me. That was a week before lockdown.

Now that we can no longer legally be under the same roof, she suggested I create a Twitch account and stream myself playing games for her entertainment. Seeing as I was just going to be playing these games anyway on my own, I decided to give it a go. So I downloaded streaming software, set everything up and, after a deep breath, hit the 'Start Streaming' button.

I reached out to my sister to let her know that I was online, but before she could virtually arrive someone else appeared in the chat. Someone I had never met before! They were engaging and friendly, asking me about my play session and even giving me advice on how to up my game. Suddenly, I really saw the value in streaming, and I was wholly onboard.

Two or three sessions later and I started to think about streaming in a different way. Not just a tool for sharing my gaming playthroughs with my sister and the occassional internet stranger, but also a way to share my projects with an audience while they're being worked on. As well as creating interest in said project, it might even inspire people to work on their own. At the very least, it would give me something else to do besides staring at code for several hours straight. And like I said before, I would be doing this anyway, so nothing lost! It was time to make it official.

Two nights ago I spent about 30 minutes in Photoshop putting a little logo together that I thought might best represent my content on the platform and added a little bio to go along with it, thus making the transition to streamer complete! Behold: 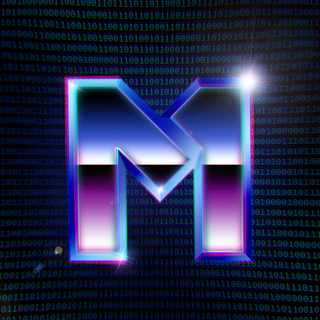 I'll be doing my best to stream several times a week, switching between programming and indie games, but I can't say how well I'll be able to maintain that schedule once we're allowed out the house again. If you're at all interested in what I might be streaming, head on over to the channel and give us a follow, that way you'll be notified when I go live.

Stay safe everybody and (maybe) see you on stream!