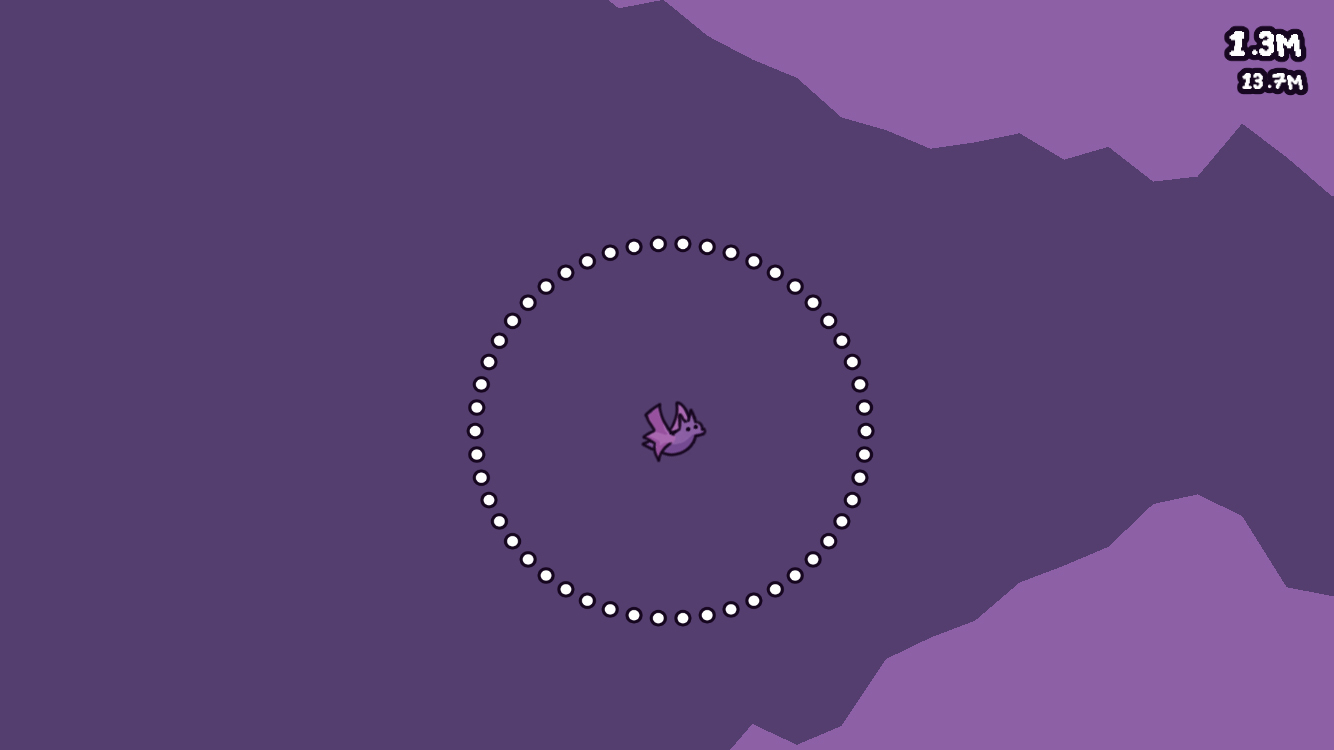 This is a fairly simple game where the only goal is to fly your bat down the cave as far as possible without crashing into the walls. There is a catch, though - the cave walls disappear and the only thing keeping you from slamming your bat face into the rocky face is your echo location.

The cave is procedurally generated and it changes every day, so there is always a new challenge! If you play on mobile, your scores are submitted to the daily scoreboard so you can compete with your friends for the top spot. There is also a lifetime leaderboard where the top flier of all time will be crowned King Bat!

You might remember the game Flappy Bird that became an overnight sensation back in 2014? Well, around that time itch.io hosted a "Flappy Jam" - a game jam where game creators had a short amount of time to create a game in homage to the mobile game. I entered the jam and created "Batty Bat", which was essentially the same game that it is now except the original featured pixel art, a chiptune theme song and 8-bit sound effects.

When the jam had ended someone suggested I turn the entry into a mobile game, so I took on the challenge. Back then I didn't have any computers with OSX (a requirement for building for iOS), so I spent the next month or so learning how to build an Android app (despite actually having an iPhone, which meant I couldn't play my own game on my phone). I added scores and some simple achievements and called this new mobile version "Baticular", uploading it to the Google Play Store around April 2014. I posted about the game on Reddit and got some nice comments.

I released a small update a month or two later which added a different game mode, but since then I had all but forgotten about the game until I received a message on Reddit about a month ago asking me why I had taken the game off the the Play Store. I admitted that I hadn't been keeping up with Google's changing developer requirements over the years and they had probably removed it, but I was surprised to find someone still playing the game all these years later! Having recently picked up the Godot game engine I thought this game would be a fun project to learn how to use the enginge to develop for and release games on mobile.

Q: If I reset my achievements, will I lose my scores?
A: No, your scores will remain intact.

Q: Are scores shared across Android and iOS?
A: Yes! I have implemented a custom leaderboard that will work for both.

If you need a assistance with the game in any way and you can't find the answer on this page, feel free to submit your question here.