A virtual window with a rainy ambience 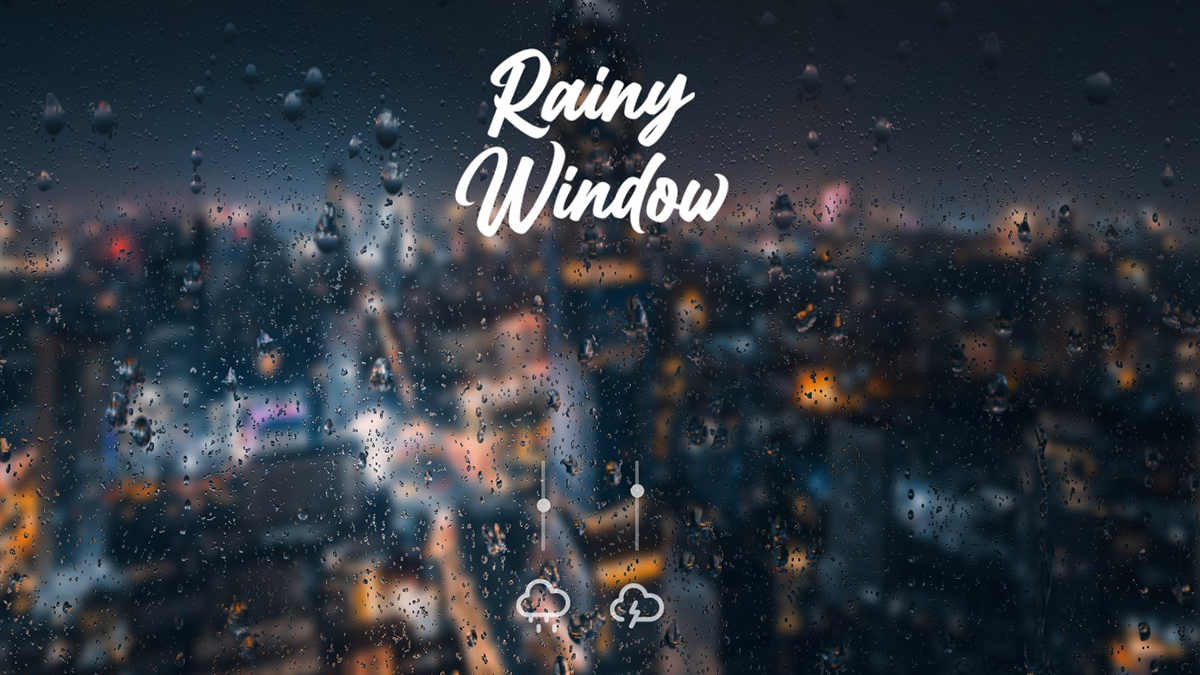 This was something I have wanted to make ever since I saw this WebGL raindrops experiment. One of my favourite sounds is the gentle pitter-patter of raindrops against a window. I had this idea of a virtual window with some relaxing rain sounds to play on a screen during one of my many late-night programming sessions.

Well, one weekend I actually decided to sit down and make it. Thankfully, the source of the original experiment was made available so most of the hard work was already done, but I still had to do a bunch of work updating the code (which is several years old at this point) and figuring out how to get the thing to resize to full screen (the original experiment is not resizable).

Next step was to source some nice rain and thunder sound clips and edit them until they had the desired timbre. I also had to make the rain loop seamlessly so that you could listen to it indefinitely. I found the night city image on unsplash and suddenly the whole thing had come together nicely.

The last thing I had to do was slap together a pleasing UI and upload it somewhere (I purchased the domain for an whopping $1).

I hope some of you might find some catharsis between those raindrops somehwere during your long focus programming/work/study sessions.